A baby with a sudden blistering and erythematous skin eruption

A baby with a sudden blistering and erythematous skin eruption

A 10-month-old boy presents with an ­erythematous eruption that involves his whole skin but is accentuated in the flexures (Figure 1) as well as in the periocular and perioral skin. The eruption was of sudden onset, commencing 24 hours ago, and the child has become increasingly irritable, febrile and unwell. A number of superficial blisters and erosions are noted. His ­conjunctivae and oral mucosa are normal.

SSSS is diagnosed clinically and the source of infection should be determined if it is not evident immediately. Performing a septic screen is appropriate and should include blood culture and routine blood tests with full blood count, liver function testing, and electrolytes, urea and creatinine levels. Swabs should be taken from the skin lesions themselves and from the ­conjunctiva, nose, ears and axilla, and any recent areas of skin injury. It is not uncommon for a single skin swab to return ­negative results, so multiple swabs should be taken.

For a patient presenting with suspected SSSS, the most important diagnosis to exclude can be SJS; however, often a presentation of SSSS is so characteristic that an immediate diagnosis can be made. ­Differentiation between SSSS and SJS can be achieved without a biopsy by sending the roof of a blister for frozen section and histopathology frozen analysis. In SSSS only the stratum ­corneum will be present, whereas in SJS the frozen analysis will show the roof of the blister to be comprised of full-thickness necrotic epidermis.4

Most children with SSSS require admission to hospital for ­analgesia, nursing care and treatment with either intravenous or oral flucloxacillin (50 mg/kg in four divided doses). As the patient recovers, the skin desquamates and treatment with emollients is indicated during this time. With adequate treatment, SSSS resolves over a period of 10 to 14 days and does not leave ­permanent scarring. The prognosis is very good. When the recovery is complete, the child and family members in their household should undergo a staphylococcal eradication protocol. 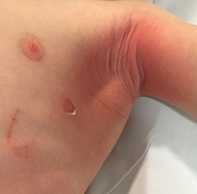 Figure 1. The patient’s erythematous eruption, which was accentuated in the flexures. 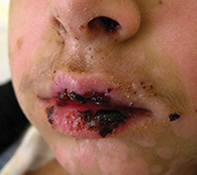 Figure 3. Blistering in a viral exanthem.

Figure 4. Oedema and erythema of the feet in toxic shock syndrome. 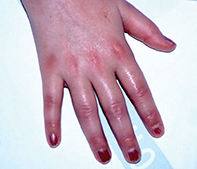 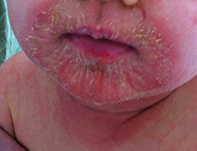 Figure 6. Involvement of the perioral skin in a child with SSSS.

The crying baby. Excessive or inconsolable crying in infants
Haemangiomas. Treating those that won’t fade away
Supporting families to introduce solids
Recognising and managing mastitis
Management of red cell antibodies in pregnancy