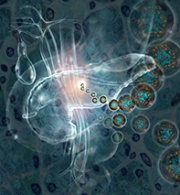 By Nicole MacKee
Screening young children for pre­ symptomatic type 1 diabetes may help to reduce disease severity in those at risk, German researchers have reported in the Journal of the American Medical Association.

After screening more than 90,000 children aged 2 to 5 years during primary care visits, the researchers identified 280 children with presymptomatic type 1 diabetes (0.31%), which was defined as having autoantibodies against two or more major pancreatic islet cell autoantigens; namely, glutamic acid decarboxylase autoantibodies, islet antigen 2 autoantibodies, zinc transporter 8 autoantibodies or insulin autoantibodies. Families of these children were invited to participate in metabolic staging and an educational program and given a monitoring plan depending on the staging.

Almost 25% of the children with presymptomatic diabetes developed type 1 diabetes over the subsequent three years. The prevalence of diabetic ketoacidosis (DKA) was less than 5% among the screened children, which, the researchers said, was significantly lower than the rates of DKA in unscreened populations in Germany (20%) and the USA (40%).

Associate Professor John Wentworth, an endocrinologist at the Royal Melbourne Hospital and Senior Research Officer at the Walter and Eliza Hall Institute, said early identification of presymptomatic diabetes would become increasingly important as therapies to delay or prevent the onset of diabetes became available.

‘There are a few [therapies] that have started to show promise. The most promising at the moment is [the experimental drug] teplizumab, which has been shown to delay the onset of diabetes by about two years in children with antibodies and slightly elevated glucose,’ he said, pointing to a 2019 study (N Engl J Med 2019; 381: 603­ 613). ‘That was a massively important finding because it was a proof-of-concept that immunotherapy can be effective.’

Associate Professor Wentworth, who is also a Director of Type 1 Diabetes TrialNet (Australia and New Zealand), said diabetes had long been considered a metabolic condition, but a paradigm shift in the understanding of the disease was underway.

‘For 100 years we have had insulin and it’s been reasonably effective, so we have treated type 1 diabetes as a metabolic problem for high glucose,’ he said. ‘But type 1 diabetes is, first and foremost, an immune problem.’

Although population-based screening was not cost-effective at present, Associate Professor Wentworth said the balance may shift as new immunotherapies were developed.

‘The health economic argument for screening will be made if we have a really good prevention therapy that means that children don’t get diabetes, or they delay getting it.’

Last year, the Royal Melbourne Hospital launched a national screening program where people aged 2 to 30 years who have a relative with type 1 diabetes can be screened for islet auto­ antibodies (https://type1screen.org). People who tested positive are then monitored and invited to join prevention trials of several drugs, including hydroxychloroquine, rituximab and abatacept. A trial of baricitinib will begin in April.
JAMA 2020; 323: 339-351.