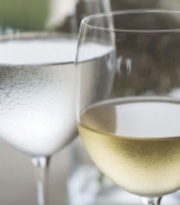 Does abstinence from alcohol increase the risk of dementia?

By Bianca Nogrady
Abstinence may be associated with a greater risk of dementia than higher alcohol consumption after accounting for lifestyle factors, new research suggests.

However, an expert has highlighted some limitations of the study, which analysed data from 9087 participants in the Whitehall II cohort study, including possible under-reporting of alcohol consumption and small numbers of dementia cases.

The UK study, published in the BMJ, found that abstinence in midlife was associated with a 45% higher incidence of dementia compared with drinking one to 14 units of alcohol per week, after adjusting for potential confounding factors such as ethnicity, age, smoking, physical activity, metabolic risk factors and cardiovascular disease.

Among individuals who drank more than 14 units of alcohol per week, researchers saw only a 2% higher risk of dementia than in those drinking one to 14 units after adjusting for all the above confounders.

However, the researchers also noted a linear relationship between alcohol consumption in those drinking more than 14 units a week, such that each seven-unit increase in alcohol intake was associated with a 17% increase in risk of dementia, after adjusting for health behaviours and other related variables.

The authors also looked at the incidence of dementia in individuals admitted to hospital for alcohol-related chronic disease, and noted a fourfold higher risk of dementia in this population.

Commenting, cognitive neurologist Professor Peter Nestor said while the study was well done, it was difficult to draw conclusions because of the observational nature.

‘The most striking thing was the relationship to abstinence, which is overall stronger than the risk of dementia with heavy alcohol use,’ said Professor Nestor, Conjoint Professor at the Queensland Brain Institute and the Mater Hospital Brisbane. ‘It seems to be a real association, but it doesn’t necessarily mean that putting people on alcohol is going to reduce their risk of dementia.’

Professor Nestor told Medicine Today that, while the analysis controlled for a range of health variables, the finding still begged the question of whether an abstainer’s decision not to drink was actually an indicator of other underlying health or even social factors that may predispose to dementia.
BMJ 2018; doi: 10.1136/bmj.k2927.