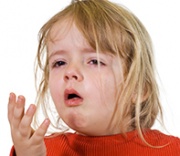 New tool aims to reduce antibiotic use in children

By Jane Lewis
A clinical rule designed to help clinicians identify which children with respiratory tract infections (RTIs) are at highest risk of hospitalisation could help reduce unnecessary antibiotic prescriptions, suggest the authors of a study in The Lancet Respiratory Medicine.

Professor Nick Zwar, Professor of General Practice, UNSW Australia, Sydney, told Medicine Today that the UK study was of ‘an impressive scale’ and was relevant in that it featured ‘the sort of patients Australian GPs regularly see in their practices.’

The research featured 8394 children (ages 3 months to 16 years) presenting to GPs with RTI symptoms and acute cough, 78 of whom were subsequently admitted to hospital (19% on day 1, 42% on days to 7 and 39% on days 8 to 30). Modelling was used to determine which features, from measured demographic characteristics, parent-­reported symptoms and physical examination signs, were most useful in predicting poor outcome.

A ‘simple, one­-point per-­item rule’ can be applied to identify children at very low, normal and high risk of future hospital admission for RTI, say the authors, who claim their primary outcome – hospitalisation – ‘reflects a key driver of primary care antibiotic prescribing.’

‘The main value of our results is to reduce clinical uncertainty and antibiotic use in children least likely to benefit from them, namely those at very low risk of future hospital admission,’ they stated.

Commenting on the applicability of the study’s findings to Australia, Professor Zwar said although the clinical predictors ‘are good for GPs to be aware of,’ he is unsure this would necessarily influence their use of antibiotics. ‘I think Australian GPs would be more influenced in their prescribing decisions by whether a child has a condition that will respond to antibiotics, rather than if the child may be hospitalised,’ he said.
Lancet Respir Med 2016; http://dx.doi.org/10.1016/ S2213-2600(16)30223-5.