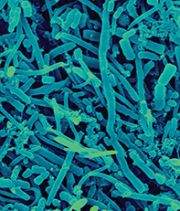 Oral bacteria may be linked with hypertension risk in postmenopausal women

By Melanie Hinze
Specific oral bacteria may be linked to baseline blood pressure (BP) status and risk of hypertension in postmenopausal women, reports a large, prospective, cross­-sectional US study published in the Journal of the American Heart Association.

Researchers conducted baseline examina­tions of 1215 postmenopausal women who were aged from 53 to 81 years (mean age 63 years) and enrolled in the Buffalo Osteoporosis and Periodontal Disease (OsteoPerio) study. They collected subgingival plaque, measured BP and took medical and lifestyle histories and medication inventories. The women then underwent annual follow up for incident hypertension.

At enrolment, about 35% of the participants had normal BP with no use of antihypertensive medication, almost 24% had raised BP with no medication use, and about 40% had prevalent treated hypertension. During the mean follow up of 10.4 years, almost one-third of the women who did not have hypertension or were not being treated for hypertension at baseline were diagnosed with high BP.

The researchers concluded that specific oral bacteria were associated with baseline BP status and risk of hypertension in postmenopausal women.

Dr Rikeish R. Muralitharan, Researcher at the Marques Laboratory, School of Biological Sciences, Monash University, Melbourne, said that although this was an important study, more studies were needed to confirm these findings. ‘Whether the changes in the bacteria are a cause or effect of hypertension is still not known,’ he said.

Dr Muralitharan said future research might involve looking at both the oral and gut microbiomes, as these may be related to each other. ‘It is equally important to study other microbiome compartments of the oral cavity, including saliva,’ he added.

He said that although the current findings were just an association, the oral and gut microbiome field in hypertension was rapidly expanding, and one for GPs to watch.