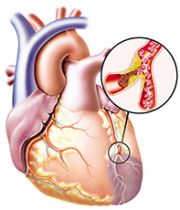 Recreational substance use linked to premature heart disease in the young

By Nicole MacKee
Young adults using four or more recreational substances have an almost nine-fold risk of premature cardiovascular disease compared with people who do not use these substances, researchers report in Heart.

‘The emerging pattern that we are seeing is accelerated ageing with a whole range of substances,’ Professor Darke said.

Of particular concern, he said, were the highly toxic effects of methamphetamines, which were widely used in Australia (Drug Alcohol Depend 2017; 179: 174-179).

‘Methamphetamine seems to be more toxic because it has a longer half-life, so you’re exposed to those hypertensive spikes for longer,’ he said.

Also concerning, he said, were the findings of a cumulative cardiovascular impact of substance use. ‘Most people who are substance dependent don’t just use one substance,’ he said. ‘For instance, if someone is a heavy methamphetamine user, they are also likely to be drinking, and, beyond question, smoking.’

The researchers also suggested that women who used recreational substances may be at greater risk of cardiovascular impacts than men. The authors of an accompanying editorial, however, queried the finding due to the small sample size.

While acknowledging the hesitancy around this result, Professor Darke said it was important to follow up this possible risk.