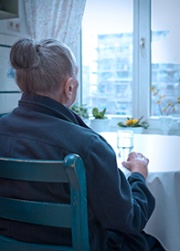 By Nicole MacKee
Loneliness is associated with an up to a 30% increased risk of being diagnosed with cardiovascular disease, UK researchers have reported in the journal Heart.

The researchers also found that study participants who reported the highest levels of loneliness were 48% more likely than the least lonely participants to be hospitalised for a cardiovascular event.

Professor David Hare, Senior Cardiologist and Director of Heart Failure Services at Austin Health in Melbourne, said social isolation had been known to be a major independent risk factor for cardiovascular events since the early 1980s.

This latest study, Professor Hare said, explored how much of this additional risk could be attributed to social isolation, and how much could be attri­buted to feelings of loneliness.

‘Loneliness is associated with social isolation,’ he said. ‘But not all people who are socially isolated feel lonely.’

Professor Hare said the UK study built upon the findings of the 2004 INTERHEART study that found psychosocial factors to be the third most important predictor of myocardial infarction, behind only apolipoprotein B/A1 ratio and smoking.

He said this growing evidence reinforced the importance of screening for depression and loneliness among patients at risk of cardiovascular events.

‘The best way to [identify psychosocial risk factors] is to have a routine system for screening before the patient sees the doctor,’ Professor Hare said, noting that patients at the Heart Failure Service were asked to fill in a short questionnaire while in the waiting room that covered depression and sleep disturbance.

However, Professor Hare said, this was not routine practice among cardiologists. He pointed to recent research he had conducted with colleagues that found that only 3% of Australian cardiologists routinely used depression screening instruments (Heart Lung Circ 2020; 29: 401-404).
Heart 2020; 0: 1-6; doi:10.1136/heartjnl-2020-316614.