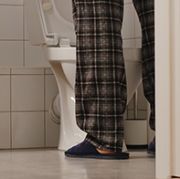 By Melanie Hinze
Moderate and severe lower urinary tract symptoms (LUTS) may indicate poor health and increase mortality risk among middle­ aged and elderly men, according to research published in The Journal of Urology.

The Finnish population­-based cohort study included 1167 men who completed a questionnaire at age 50, 60 or 70 years in 1994. Repeat questionnaires were then completed every five years for 24 years’ follow up. The questionnaires asked about severity and bother of symptoms.

The researchers also found that mortality did not differ significantly between men with bothersome and those with non­bothersome symptoms.

Dr Steve McCombie, Urologist at Fiona Stanley Hospital and Perth Urology Clinic, and Clinical Senior Lecturer at the University of Western Australia, said, ‘This longitudinal study of men aged 50 to 70 from Finland provides interesting data spanning over two decades on the complex relationships between different LUTS, including their severity and the bother they cause, and mortality.

He explained that storage symptoms including frequency, nocturia and urge incontinence were found to have a higher risk of mortality than voiding symptoms, which was independent of their severity and bother.

‘This may be because storage symptoms are more likely to be related to disease processes unrelated to the lower urinary tract and may therefore be reflective of a more general state of ill health,’ he said.