Whatever happened to Modern Medicine? 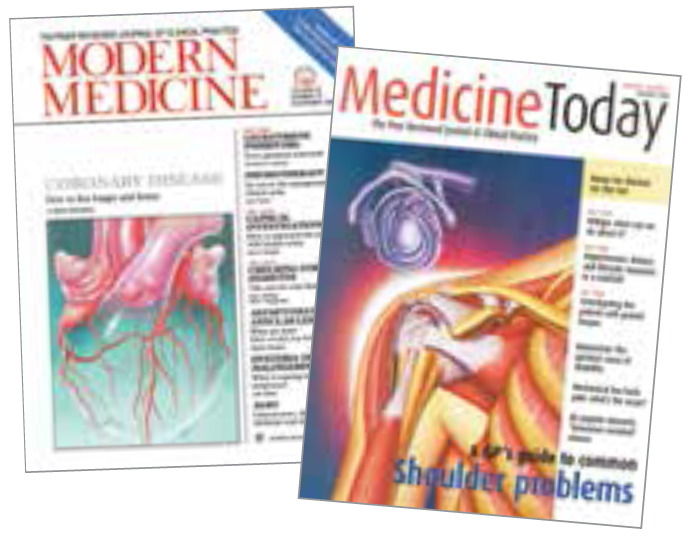 Good question...how can Medicine Today be 60 years old and only at volume 18? Our more mature readers may remember our earlier incarnation as Modern Medicine of Australia, but the younger generation may never have heard of it.

Modern Medicine was born in the USA in 1933 and licensed around the world. The first Australian edition was published in September 1957 and the last in December 1999. The new millennium saw a new name and a fresh look as Medicine Today, Volume 1, Number 1, January 2000. But the Australian publishers did not give up the original name and volume number lightly.

By 1999, change was essential to survival. Under legal advice, Medicine Today was launched as a totally new publication with its own ISSN library number and volume; hence, Volume 1, Number 1. Within three months the US owners realised the consequences. Belatedly they offered the Modern Medicine trademark at a fire sale price, and it was snapped up, securing it in Australia. Thus occurred the demise of Modern Medicine and the genesis of Medicine Today. It was a shame for the proud name Modern Medicine, but the publishers consoled themselves that the journal’s survival was assured and that Medicine Today was a more modern name for the new millennium.

What do you think?