No, OCD in a pandemic doesn't necessarily get worse with all that extra hand washing

No, OCD in a pandemic doesn't necessarily get worse with all that extra hand washing 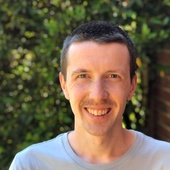 PhD Candidate, The University of Melbourne 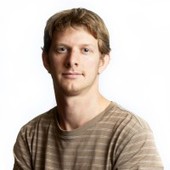 At the beginning of the COVID-19 pandemic, we were concerned infection control measures such as extra hand washing and social distancing might compound the distress of people living with obsessive-compulsive disorder (OCD).

But a year on, we’re learning this is not necessarily the case, and research is giving us a more nuanced understanding of what it’s like to have OCD during a pandemic.

OCD is a common and disabling condition, affecting roughly 1.2% of Australians.

It’s characterised by obsessions (repetitive intrusive thoughts) and compulsions (physical actions or mental rituals) that attempt to quell these preoccupations.

There are several subtypes of OCD, including:

Although we don’t fully understand what causes OCD, research points to abnormal activity of specific brain networks, including a network called the cortico-striatal-thalamo-cortical loop.

This network connects key emotional, cognitive and motor hubs in the brain, and it’s particularly important for higher-order cognitive tasks such as thinking flexibly.

No, people with OCD aren't 'quirky'

There are several prevailing stereotypes about what it means to live with OCD, such as a belief people with the disorder are just a bit quirky, overly particular, “neat freaks” or “germ-phobic”.

Such ideas are frequently promulgated in popular culture. For example, in 2018 Khloe Kardashian promoted her “KHLO-C-D” branding for an online miniseries in which she gave tips on home organisation and cleanliness. The campaign was widely criticised.

While contamination fears and an affinity for symmetry are better recognised in the community (perhaps owing to portrayals in TV and film), the “taboo” and “overresponsibility” dimensions of OCD are far less understood and are therefore subject to higher levels of stigma.

Are we all OCD now?

The global response to COVID-19 has blurred the line between pathological behaviours and adaptive health and safety measures.

Behaviours that were previously linked to psychiatric illnesses, such as repetitive washing and sanitising rituals, are now encouraged (at least to some extent) by health authorities.

While infection control directives such as social distancing and hand hygiene play an essential role in our fight against the virus, they take a psychological toll too.

The pandemic has had a profound effect on mental health due to increased stress and lifestyle changes. Indeed, scientists have recently proposed a condition called “COVID-19 stress syndrome”. Some of the symptoms significantly overlap with anxiety disorders and OCD.

While we don’t all have OCD now, it’s unquestionable our collective behaviour has changed in ways that make the distinction between “normal” and “pathological” much more complex.

In this light, the International College of Obsessive–Compulsive Spectrum Disorders has highlighted the unique challenges the pandemic poses for accurately diagnosing OCD.

Read more: You can't be 'a little bit OCD' but your everyday obsessions can help end the condition's stigma

Living with OCD in a pandemic

Having a pre-existing mental health condition appears to be the single most influential predictor of high stress levels during COVID-19.

However, recent evidence from well-controlled studies doesn’t find compelling evidence that people with OCD have been affected by COVID-19 to a greater extent than those with other psychological conditions (such as depression or general anxiety).

One study published in January compared OCD severity in a large group before and during the pandemic. It found the stress induced by COVID-19 increased measures of mental distress across all OCD symptom dimensions (not only those directly related to a public health crisis).

The authors suggested the increase in OCD symptom severity was likely a “non-specific stress-related response”. In other words, it’s the general stress of the pandemic that has worsened OCD in some cases; not the increased focus on infection control.

Another recent study found the pandemic didn’t lessen the benefits of treatment in a large outpatient group with OCD in India.

Interestingly, the researchers from this study also found prior incomplete disease remission (cases of OCD that persisted even with treatment) and general stress were the best predictors of OCD relapse during the pandemic, rather than “COVID-specific” stress, per se.

These findings don’t suggest there’s a specific vulnerability to COVID-related stress for people with OCD.

But it’s worth noting cognitive inflexibility, a symptom often seen in OCD, may make it more difficult for people with the disorder to “unlearn” temporary public health directives.

So it’s important we continue to monitor the effects of COVID-related stress on OCD and similar disorders, particularly as we slowly transition from the pandemic.

There’s much we can learn from the study of OCD during COVID-19. Most notably, it appears an “intuitive” understanding of the disorder doesn’t sufficiently capture the breadth of individual OCD experiences.

A deeper understanding of the variability of OCD presentations, and a move away from stereotyped perceptions, may encourage more people to openly discuss their own OCD experience and seek treatment.

Read more: My skin's dry with all this hand washing. What can I do?

If you simply want to learn more about OCD, online resources are available at SANE Australia and Beyond Blue.

This article is republished from The Conversation under a Creative Commons license. Read the original article, published on April 27, 2021.