Three mRNA vaccines researchers are working on (that aren’t COVID)

Three mRNA vaccines researchers are working on (that aren’t COVID) 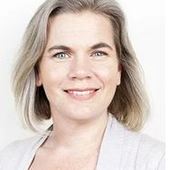 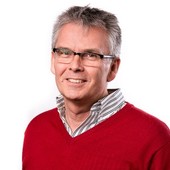 Professor of virology and theme leader for viral infectious diseases, The Peter Doherty Institute for Infection and Immunity

The world’s first mRNA vaccines — the COVID-19 vaccines from Pfizer/BioNTech and Moderna — have made it in record time from the laboratory, through successful clinical trials, regulatory approval and into people’s arms.

The high efficiency of protection against severe disease, the safety seen in clinical trials and the speed with which the vaccines were designed are set to transform how we develop vaccines in the future.

Once researchers have set up the mRNA manufacturing technology, they can potentially produce mRNA against any target. Manufacturing mRNA vaccines also does not need living cells, making them easier to produce than some other vaccines.

So mRNA vaccines could potentially be used to prevent a range of diseases, not just COVID-19.

Messenger ribonucleic acid (or mRNA for short) is a type of genetic material that tells your body how to make proteins. The two mRNA vaccines for SARS-CoV-2, the coronavirus that causes COVID-19, deliver fragments of this mRNA into your cells.

Once inside, your body uses instructions in the mRNA to make SARS-CoV-2 spike proteins. So when you encounter the virus’ spike proteins again, your body’s immune system will already have a head start in how to handle it.

So after COVID-19, which mRNA vaccines are researchers working on next? Here are three worth knowing about.

Currently, we need to formulate new versions of the flu vaccine each year to protect us from the strains the World Health Organization (WHO) predicts will be circulating in flu season. This is a constant race to monitor how the virus evolves and how it spreads in real time.

Moderna is already turning its attention to an mRNA vaccine against seasonal influenza. This would target the four seasonal strains of the virus the WHO predicts will be circulating.

Could a universal flu vaccine be on the way? A Nanoparticle-Based Flu Vaccine Moves Closer to Use | Microbiology @LabRoots https://t.co/D57RfLw2Jg

The researchers used the vast amounts of data on the influenza genome to find the mRNA code for the most 'highly conserved' structures of the virus. This is the mRNA least likely to mutate and lead to structural or functional changes in viral proteins.

They then prepared a mixture of mRNAs to express four different viral proteins. These included one on the stalk-like structure on the outside of the flu virus, two on the surface, and one hidden inside the virus particle.

Studies in mice show this experimental vaccine is remarkably potent against diverse and difficult-to-target strains of influenza. This is a strong contender as a universal flu vaccine.

Read more: A single vaccine to beat all coronaviruses sounds impossible. But scientists are already working on one

Malaria arises through infection with the single-celled parasite Plasmodium falciparum, delivered when mosquitoes bite. There is no vaccine for it.

However, US researchers working with pharmaceutical company GSK have filed a patent for an mRNA vaccine against malaria.

The mRNA in the vaccine codes for a parasite protein called PMIF. By teaching our bodies to target this protein, the aim is to train the immune system to eradicate the parasite.

There have been promising results of the experimental vaccine in mice and early-stage human trials are being planned in the UK.

This malaria mRNA vaccine is an example of a self-amplifying mRNA vaccine. This means very small amounts of mRNA need to be made, packaged and delivered, as the mRNA will make more copies of itself once inside our cells. This is the next generation of mRNA vaccines after the 'standard' mRNA vaccines seen so far against COVID-19.

Read more: COVID-19 isn't the only infectious disease scientists are trying to find a vaccine for. Here are 3 others

We already have vaccines that prevent infection with viruses that cause cancer. For example, hepatitis B vaccine prevents some types of liver cancer and the human papillomavirus (HPV) vaccine prevents cervical cancer.

But the flexibility of mRNA vaccines lets us think more broadly about tackling cancers not caused by viruses.

Some types of tumours have antigens or proteins not found in normal cells. If we could train our immune systems to identify these tumour-associated antigens then our immune cells could kill the cancer.

Cancer vaccines can be targeted to specific combinations of these antigens. BioNTech is developing one such mRNA vaccine that shows promise for people with advanced melanoma. CureVac has developed one for a specific type of lung cancer, with results from early clinical trials.

Then there’s the promise of personalised anti-cancer mRNA vaccines. If we could design an individualised vaccine specific to each patient’s tumour then we could train their immune system to fight their own individual cancer. Several research groups and companies are working on this.

There's so much going on with mRNA that isn't just COVID. Such as, Moderna's Phase 2 personalized cancer vaccine trials. pic.twitter.com/jpzqeNUvym

Yes, there are challenges ahead

However, there are several hurdles to overcome before mRNA vaccines against other medical conditions are used more widely.

Current mRNA vaccines need to be kept frozen, limiting their use in developing countries or in remote areas. But Moderna is working on developing an mRNA vaccine that can be kept in a fridge.

Researchers also need to look at how these vaccines are delivered into the body. While injecting into the muscle works for mRNA COVID-19 vaccines, delivery into a vein may be better for cancer vaccines.

The vaccines need to be shown to be safe and effective in large-scale human clinical trials, ahead of regulatory approval. However, as regulatory bodies around the world have already approved mRNA COVID-19 vaccines, there are far fewer regulatory hurdles than a year ago.

The high cost of personalised mRNA cancer vaccines may also be an issue.

Finally, not all countries have the facilities to make mRNA vaccines on a large scale, including Australia.

Regardless of these hurdles, mRNA vaccine technology has been described as disruptive and revolutionary. If we can overcome these challenges, we can potentially change how we make vaccines now and into the future.

Archa Fox receives funding from the Australian Research Council and the National Health and Medical Research Council. She is President of the RNA Network of Australia and an elected Director of the International RNA Society

Damian Purcell receives funding from the National Health and Medical Research Council, and the Jack Ma Foundation. He is Past Presidents' advisor for the Australasian Virology Society, and Treasurer of the RNA Network of Australia,

This article is republished from The Conversation under a Creative Commons license. Read the original article, published on April 15, 2021.