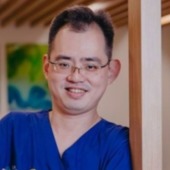 Doctors are under increased pressure today – with hospitals and health settings under strain, extra COVID safety protocols in place, and patients fraught with worry.

Many doctors will be working long hours under stressful conditions, after years of gruelling training and groundwork. Some will suffer from extreme exhaustion and, at worst, burn out and leave the profession.

We studied 751 Obstetrics and Gynaecology doctors working in Australia and New Zealand and used an established test of “grit”.

We found those who had it were less likely to suffer burnout. Our findings might help other doctors or those outside the medical field altogether.

Read more: Hospital emergency departments are under intense pressure. What to know before you go

For our survey we recruited members of the Royal Australian and New Zealand College of Obstetricians and Gynaecologists (RANZCOG). We divided them into three groups: core trainees (in the early years of their training placements), advanced trainees (in their penultimate years of training) and fellows (fully qualified specialists).

Grit is defined as passion and sustained persistence for long-term achievement. It combines resilience, ambition and self-control.

We measured grit using the Short Grit Scale, and burnout using the Oldenburg Burnout Inventory – two of the most recognised and widely validated tools in this field of psychological assessment.

The Grit Scale was developed by Angela Duckworth, a professor of psychology at the University of Pennsylvania. Duckworth’s GRIT score consists of ten self-assessment questionnaires with multiple-choice answers ranging from 'very much like me' through to 'not like me at all'. Prompt statements include: 'My interests change from year to year', and 'Setbacks don’t discourage me. I don’t give up easily'.

We used the Oldenburg Burnout Inventory to assess burnout in terms of disengagement and exhaustion. Like the Grit Scale, the Oldenberg Inventory asks respondents to rate themselves on a scale from 'Strongly disagree' to 'Strongly agree'. Statements include: 'I always find new and interesting aspects in my work', and 'During my work, I often feel emotionally drained'.

Advertisement
Grit has been studied in other contexts including children’s learning and sporting achievement. Wavebreakmedia/Shutterstock

Read more: You should care about your doctor's health, because it matters to yours

In our study, the level of seniority and grit were the only two factors that significantly predicted the level of burnout among obstetricians and gynaecologists.

Specialists scored higher on the grit scale and experience less burnout than the training doctors. This isn’t surprising, given they’ve already shown they can power their way through the tough training years to achieve the senior rank of specialist.

But doctors across the spectrum with higher grit scores are also less likely to report burnout. This is consistent across age, gender, location of practice and seniority level. It shows the amount of grit a doctor has, can protect their well-being and predict success.

In Australia, our research paper is the first study investigating the concept of grit and burnout in medical speciality training. The relationship between grit and burnout has been studied in other fields of medical training across the world, including ear, nose and throat specialists in the United Kingdom, neurosurgery and orthopaedics in the United States, and medical students in Slovenia.

The grit concept has been studied outside the medical field too, in military academies for training, among teachers for academic engagement and learning outcomes for students and within sporting teams.

Read more: Grit matters when a child is learning to read, even in poor South African schools

Duckworth suggests grit is a useful concept for reflection and research, but cautions against using it as a decision-making tool for 'selecting employees, admitting students to college, gauging the performance of teachers, or comparing schools or countries to each other'. She adds researchers have yet to find significant grit score differences between the sexes.

There have been critics of the Grit Scale, who say it measures two constructs – perseverance plus consistency of interests – as one.

Can we foster grit for doctors and others?

There is understandable interest in fostering grit among doctors. However, little is known about how to foster the development of these traits within individuals.

Grit is likely to develop over time and be learnt through challenges, rather than being taught.

A 'growth mindset' – a belief capability can be developed with effort over time – rather than a fixed mind-set has been associated with the presence of grit in individuals. This might prove a useful approach.

Our surveys show grit has a protective role in combating burnout among doctors. Assessing doctors’ grit could become a standard test to minimise the likelihood of burnout or be useful for them – indeed anyone – to reflect on their goals and monitor risks to their well-being. Incorporating the concept of grit may have the potential to identify doctors intrinsically more susceptible to workplace stress and burnout and its consequences.

Read more: How to avoid 'toxic positivity' and take the less direct route to happiness

This article is republished from The Conversation under a Creative Commons license. Read the original article, published on November 3, 2021.