Monkeypox in Australia: should you be worried? And who can get the vaccine?

Monkeypox in Australia: should you be worried? And who can get the vaccine? 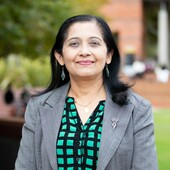 Following this and with 45 cases in Australia, Chief Medical Officer Paul Kelly declared on July 26 that monkeypox is now a 'communicable disease incident of national significance'.

So what is monkeypox? And who’s eligible for a vaccine?

Most cases in the current global outbreak are occurring among men who have sex with men. How can this group and others who are at risk protect themselves?

Monkeypox is not a new disease, it was found in the late 1950s in lab primates in Denmark, and was first diagnosed in humans in an infant in the 1970s in the Democratic Republic of Congo.

In the past, monkeypox has mainly been transmitted from infected animals to humans (it is a zoonotic disease), and has been endemic to West and Central Africa. Transmission can occur through contact with infected animals including rodents, mice, rats, squirrels, monkeys and other primates.

But in this outbreak we’re seeing human-to-human transmission.

There are two distinct strains of monkeypox. These are the Central African and the West African types, the latter of which is believed to be one linked to the current global outbreak.

New: #Monkeypox in Australia: what is it and how can we prevent the spread? https://t.co/KrLcc1eaJp via @ConversationEDU

According to US Centers for Disease Control and Prevention (CDC) data, 23,620 cases have been reported since May in 80 countries, with 73 countries that had no previous reported monkeypox cases.

There have been at least seven deaths.

Most of the cases in Australia have been in New South Wales and Victoria, among returned travellers and men who have sex with men, and in the age group 21-40 years.

The declaration that monkeypox is now a disease of national significance means the outbreak requires national policies, interventions and public health messaging, with the deployment of more resources to assist affected areas and groups most at risk.

‘I literally screamed out loud in pain’: my two weeks of monkeypox hell https://t.co/aP1p3igug7

The incubation period – the time taken to develop the disease after exposure to the virus – is usually around 6-13 days.

Transmission generally requires close contact with an infected person. It can be transmitted via respiratory droplets.

It can also be transmitted through direct contact with body fluids or the rash ('lesions'), often through skin-on-skin contact, or indirect contact such as through contaminated clothing or bedding.

Transmission may occur from people without symptoms, or with barely-detectable symptoms.

Symptoms are similar to smallpox, though less severe. They can include:

The CDC says most people who get the virus will develop the rash.

A study in the British Medical Journal published last week also found 88% of 197 people with monkeypox in London had lesions on their genitals or anus.

Symptoms generally last between two and four weeks, and the disease usually resolves on its own. Most adults with a healthy immune system won’t have severe illness and won’t experience long-term harmful effects.

There’s no specific treatment for monkeypox yet. People with the infection should be given supportive treatment and light dressings on the rash, depending on the symptoms. Antivirals such as 'tecovirimat' have been made available to patients in some countries who have or are at high risk of severe disease, such as being immunocompromised.

People with the infection should isolate immediately for the duration of the illness – usually two to four weeks, until the lesions heal.

Is monkeypox a pandemic? An epidemiologist explains why it isn’t likely to become as widespread as COVID-19, but is worth watching https://t.co/PmaVgBWksc

It’s important we provide as much information about the virus as possible, and it’s absolutely crucial we do this in a way that is not stigmatising.

This outbreak is seeing cases spread via close prolonged contact from sexual activity in the LGBTIQ+ group. Many from this group want to take proactive actions to help their community.

Specific actions governments can take include:

Actions individuals can take include:

Read more: Monkeypox: ‘This is an entirely new spread of the disease’

Who should have the vaccine?

The vaccine advisory body, the Australian Technical Advisory Group on Immunisation (ATAGI), has recommended key risk groups be administered the vaccines. They include:

ATAGI has stated that vaccination within four days of exposure to someone who’s infectious with monkeypox will provide the highest chance of preventing disease.

Avoiding close contact with people who have the infection can help prevent transmission. Monkeypox doesn’t spread as easily as the coronavirus and can be kept under control if we are cautious.

The need for vaccine equity and global health leadership

We can’t repeat the 'vaccine nationalism' we’ve seen during COVID with rich countries hoarding vaccine doses, as this will unjustly prolong the outbreak.

Currently, according to The Lancet medical journal, a smallpox vaccine sold as 'Jynneos' in the US costs around US$100 a dose. The WHO has called on countries and manufacturers to ensure the vaccines, as well as diagnostics and therapeutics, are made available 'at reasonable cost' where most needed.

Thus we have major political and policy challenges ahead and will need strong global health leadership going forward.

Read more: Why 'vaccine nationalism' could doom plan for global access to a COVID-19 vaccine

Jaya Dantas is Professor of International Health in the Curtin School of Population Health where she teaches a core unit in the Masters in Public Health and Master of Sexology course and leads a program of research in refugee and migrant health. She is currently lead CI on grants funded by Healthway and CI on a DISER grant. Jaya is the International Health SIG Convenor of the Public Health Association of Australia, has been appointed to the Global Gender Equality in Health Leadership Committee of Women in Global Health, Australia and is on the Editorial Advisory Group of the Medical Journal of Australia. She has lived experience of infectious diseases in India and Africa.

This article is republished from The Conversation under a Creative Commons license. Read the original article, published on August 2, 2022.