An erythematous and itchy rash in a child 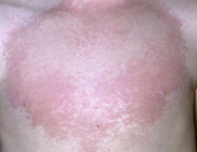 Figure 1. The rash on the patient’s chest. 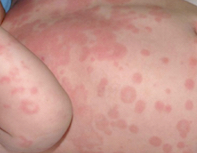 Figure 3. Urticaria with a bruise-like appearance. 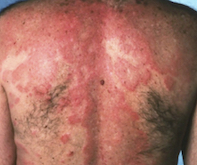 Figure 4. Typical presentation of urticaria in an adult.

A 10-year-old girl presents with an itchy rash on her chest. On examination, an erythematous and raised plaque with a pale centre is observed (Figure 1). She has had a flu-like illness for the past week.

The correct diagnosis in this case is urticaria, a very common skin condition that can affect people of any age.

Urticaria has many differing and sometimes bizarre presentations. The lesions are often annular with a clear centre, but raised wheals sometimes occur (Figure 2). In children, the lesions can have an atypical bruise-like appearance with purple discolouration (Figure 3). The lesions blanch with pressure and are extremely variable in shape and size. They characteristically ‘move around’ quite rapidly (within hours) and the skin on any part of the body can be affected. Often the rash is intensely itchy.

Urticarial lesions are caused by release of chemical mediators, particularly histamine. Histamine causes increased permeability of small capillaries and venules, causing the tissue oedema that is responsible for swelling (Figure 4). This results in lesions that are typically erythematous plaques characterised by a central area of pallor, such as in this case.

Urticaria is a spot diagnosis. An important element in diagnosis is a history of exposure to an allergen, such as a recent medication, or a viral illness preceding the onset of the rash. In many cases, however, no cause is identified. One of the keys to identifying urticaria is observation over time – it is characteristic for the rash to change shape and distribution as areas of skin become refractory to the effects of histamine release. Further, there is no change to the skin surface where the rash has occurred: the reaction is completely in the dermis. The exception to this is purple urticaria, in which red blood cells have escaped the blood vessels and leave a bruised appearance after the wheal has resolved.

Erythema multiforme is characterised by ‘target’ lesions with a pale centre and is often confused with urticaria. However, erythema multiforme has a fixed distribution (lesions do not migrate) and frequently blisters due to involvement of the epidermis.

Urticaria can be broadly classified according to its duration as acute or chronic.

Acute urticaria refers to an eruption that lasts for less than six weeks and is normally mediated by an IgE response. Urticaria in children is usually acute.

Chronic urticaria lasts for more than six weeks and tends to be associated with normal IgE levels and increased autoantibody levels. The vast majority of cases of chronic urticaria are idiopathic in nature, but there is a subset of sufferers who have an autoimmune disease with histamine-releasing autoantibodies.

Laboratory investigations are generally not useful for diagnosing urticaria, especially in children. In patients with chronic urticaria, a full blood count may be useful to check for an eosinophilia, evidence of parasitic disease, or a neutrophilia that may be suggestive of a bacterial infection. A C-reactive protein (CRP) test and erythrocyte sedimentation rate (ESR) measurement can show evidence of an infectious or autoimmune component. An autologous serum skin test is available, but this is a fairly nonspecific screening test that only indicates that circulating histamine releasing factors are present.

Urticaria in children generally takes a relatively benign and self-limiting course. The vast majority have acute urticaria that can be effectively treated with an antihistamine if the rash is itchy. The medications that are most commonly used are non-sedating antihistamines such as cetrizine or loratadine (note that antihistamines are relatively contraindicated in children under 12 months of age). These medications are also beneficial in adults, in whom a sedating antihistamine can also be helpful (particularly at night if sleeping is difficult).

In patients with disabling, itchy chronic urticaria in whom antihistamines alone are not effective, referral to an immunologist for immunosuppressive therapy may be required. Cyclosporin, methotrexate and intravenous gamma globulin are off-label treatments that may be useful in this setting. The new biological agent omalizumab is a monoclonal antibody that binds to IgE and has been reported to be effective when all other therapies have failed.1

All forms of urticaria can be complicated by angioedema, which presents as swelling most often involving the hands, feet eyelids and lips. The swelling in itself is harmless. However, angioedema that involves the pharynx can cause difficulties for swallowing and breathing – patients with urticaria should be made aware of this possibility and instructed to attend a hospital emergency department if it occurs.

Anaphylaxis is at the extreme end of urticaria severity, where a massive outpouring of histamine results in circulatory collapse. Patients may also have generalised urticaria and angioedema. The classic causes of anaphylaxis are bee stings and ingestion of peanuts. Anaphylaxis is a medical emergency that should be treated primarily with adrenaline.

A girl with itchy plaques on the arms and legs
A young boy with persistent itch and no apparent rash
A toddler with recurrent itchy nodules on the legs
An erythematous and itchy rash in a child
Chronic idiopathic urticaria: keys to improving quality of life