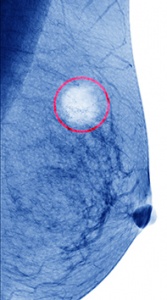 Anastrozole versus tamoxifen: side effect profile the decider

By Bianca Nogrady
The choice between anastrozole or tamoxifen for the prevention of breast cancer recurrence can be personalised according to their side effect profiles, experts say.

Tamoxifen was also associated with a greater risk of deep vein thrombosis without pulmonary embolism, compared with anastrozole.

‘If there was a clear history or any increased risk for any known reason of endometrial or ovarian gynaecological cancers, you would want to avoid tamoxifen and would certainly have a trial of anastrozole,’ said Professor Forbes, Director of Research for the Australia and New Zealand Breast Cancer Trials Group at the University of Newcastle.

With respect to the musculoskeletal impact of each drug, Professor Forbes told Medicine Today this was a significant issue because the frequency of these side effects was much greater than other side effects.

‘The arthralgia, for example, showed a significant difference; there were 832 patients who had some symptoms of arthralgia with anastrozole, versus 729 with tamoxifen, so I would consider starting a patient on tamoxifen if they have a history of arthralgia or carpal tunnel syndrome,’ he said.