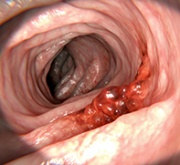 Aspirin reduces colorectal cancer risk, as may some dietary factors

The study, published in Gut, summarised evidence from 80 meta-analyses of interventional and observational studies that were published between September 1980 and June 2019.

All included data were from meta-analyses that performed a complete systematic search of the literature coupled with a pooled analysis, with included participants who were at average risk of CRC.

Professor Jon Emery, Herman Professor of Primary Care Cancer Research at the University of Melbourne, and the Victorian Comprehensive Cancer Centre Primary Care Research and Education Lead, said that the message for GPs was that aspirin and dietary factors affect CRC risk.

The current study showed that aspirin may lower the CRC risk by between 14% to 29% at doses as low as 75mg/day, with a dose response effect reported up to 325mg/day.

Professor Emery said that the evidence was strongest for aspirin as it was based on meta-analyses of several randomised controlled trials, while dietary factors in this study were based on observational studies which were more prone to bias.

‘While the study found that diets rich in fruit and vegetables, fibre, dairy products and folate may reduce risk of bowel cancer, the evidence is weaker than that for aspirin,’ he said.