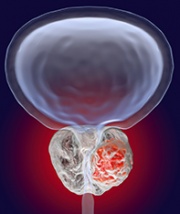 Writing in JAMA Internal Medicine, researchers report the outcomes of a US-based population-based cohort study in 80,875 men with stage I to IV prostate cancer, linking data from the Veterans Affairs database with the National Death Index.

‘Our data suggest that PSA suppression in 5-ARI users was not routinely accounted for during prostate cancer screening and led to delays in prostate cancer diagnosis, which in turn may have resulted in advanced disease and worsened clinical outcomes,’ the authors wrote.

Commenting on the study, urological surgeon Professor Shomik Sengupta said these widely-used medications were known to reduce PSA levels by around 50%, and even more in some patients.

‘The corollary of that is if patients are having PSA tests and are on these drugs, we need to formally correct for that, but that doesn’t happen automatically,’ said Professor Sengupta, Genitourinary Oncology Advisor to the Urological Society of Australia and New Zealand, and Professor of Surgery and Deputy-Head, Eastern Health Clinical School at Monash University, Melbourne.

Professor Sengupta told Medicine Today there was no evidence that men with benign prostatic hyperplasia were at greater risk of developing prostate cancer. However, given the known impact of 5-ARIs on PSA levels, if they are having their PSA levels checked it is important to ‘make the connection that the actual PSA is double the measured value.’
JAMA Intern Med 2019; doi: 10.1001/jamainternmed.2019.0280.