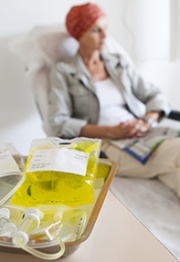 By Nicole MacKee
Delaying cancer treatment by as little as four weeks can have an impact on mortality rates for some major cancers, including breast, lung and colon cancer, according to UK research published in The BMJ.

Cancer Australia CEO Professor Dorothy Keefe said the findings were ‘timely’, coming in a year in which the capacity of healthcare systems across the globe had been threatened by the COVID­-19 pandemic.

The researchers found that for all three modalities a four­ week treatment delay was associated with increased mortality.

Professor Keefe said a Cancer Australia review of Medicare Benefits Schedule data had shown an early impact on the provision of cancer treatment, but most services had since returned to usual levels.

‘There was a drop in the diagnosis and treatment for breast cancer, bowel cancer and melanoma in April this year, but it was coming back up by June,’ she said, noting that Cancer Australia would soon publish an updated analysis, and would also consider the impact of the Victorian lockdown on services.

‘We had such a good response nationally to the COVID­-19 pandemic and got control of the curve very quickly,’ she said. ‘We have been able to continue appropriate treatment more than they have in Europe and the US. So, this [research] is really a cautionary tale.’

Professor Keefe said the UK researchers had appropriately focused on cancers that were most likely to be affected by treatment delays.

‘In many [cancers], this sort of delay wouldn’t, in and of itself, make a big difference,’ Professor Keefe said. ‘But there are some cancers where it would make a difference and those are the cancers they have chosen for this study.’