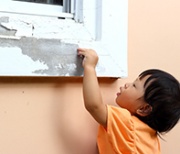 By Nicole MacKee
Adverse cognitive effects of childhood lead exposure persist well into adulthood, say researchers, who have found that the higher the blood lead concentration at age 11 years, the lower the IQ at age 38 years.

An analysis of New Zealand’s Dunedin Multidisciplinary Health and Development study, published in JAMA, revisited 565 participants (born in 1972 to 1973) who had had blood lead levels tested at age 11 years.

After adjusting for maternal IQ, childhood IQ and childhood socioeconomic status, the researchers found that each 5 μg/dL increase in blood lead concentration at age 11 was associated with a 1.61 point lower IQ score at age 38 years (95% confidence interval [CI], -2.48 to -0.74).

The researchers also found an association between childhood lead exposure and lower perceptual reasoning and working memory scores, but no impact on verbal comprehension or processing speed.

Professor Mark Taylor, Professor of Environmental Science at Macquarie University, Sydney, said the paper added to evidence that the effects of lead exposure did not remit with age.

‘There is an overwhelming amount of evidence – whether you’re looking at the effect of lead on cells in a petri-dish or on whole populations – that the toxicity of lead is not good,’ Professor Taylor told Medicine Today.

The JAMA study also looked at the socioeconomic impacts of lead exposure and found that each 5 μg/dL increase in blood lead concentration in childhood was associated with a 1.79-unit lower score (95% CI, -3.17 to -0.40) in socioeconomic status.

In 2015, the National Health and Medical Research Council (NHMRC) reduced the blood lead level at which action should be taken to reduce exposure from 10 μg/dL to 5 μg/dL.

Professor Taylor said the NHMRC move was welcome, but the level of safe exposure for children could be set lower still.

‘Background levels in pre-industrial humans are around 300 times less than 5 μg/dL, so 5 is still too high,’ Professor Taylor said.

‘If you’re looking at kids in [lead mining communities like] Broken Hill, Port Pirie and Mount Isa, where the levels are 3.5 μg/dL and over, it’s simply too high. There’s a clear argument that there is environmental injustice being served on those communities.’

‘There were massive lead emissions to the environment [through the 1970s] and those emissions generate a legacy,’ Professor Taylor said. ‘The air is really clean now, but the legacy from paint and petrol remains in people’s yards.’
JAMA 2017; 317: 1244-1251.