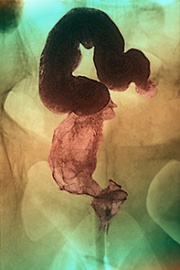 Colorectal cancer on the rise in young patients, US study finds

By Jane Lewis
Nearly one in seven patients with colorectal cancer (CRC) is diagnosed before the age of 50 years, the age at which average­ risk screening starts, according to a US population­ based study.

Despite having a higher likelihood of advanced ­stage disease, such patients are treated more aggressively and have a slightly better cancer ­specific prognosis, the study, published in Cancer, found.

‘These findings suggest the need for improved risk assessment and screening decisions for younger adults,’ stated the study authors.

Gastroenterologist Professor Graeme Young AM, Professor of Global Gastrointestinal Health at the Flinders Centre for Innovation in Cancer, South Australia, said that while the study’s statistics showing an increasing incidence of CRC in younger patients related to the US population, ‘the same could be happen­ing in Australia, although available data do not yet show this.’

‘We need to watch our statistics closely to see if the same trend is confirmed here,’ he told Medicine Today.

‘In Australia, over the last several decades about nine in 10 cases of CRC diagnosed are in people over 50 years of age,’ noted Professor Young, who acknowledged the need for current data to confirm precisely what is happening in the under 50s.

‘The most important things for clinicians are to be alert to risk factors in young patients and to make sure symptoms that might be related to CRC are not trivialised,’ he said.

According to Professor Young, risk factors such as a family history of CRC, a personal history of bowel polyps or chronic inflammatory bowel disease, obesity and a very inactive lifestyle may indicate which younger patients are more likely to develop CRC.

‘Although symptoms that could be related to CRC are not necessarily specific to CRC, GPs need to be suspicious if symptoms come on for the first time and don’t go away,’ he advised, adding that ‘CRC can be missed when persistent or recent ­onset symptoms don’t get further investigated.’
Cancer 2016; doi: 10.1002/cncr.29716.