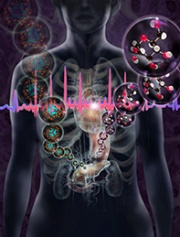 In a cohort study published in The New England Journal of Medicine, researchers followed up 271,174 patients with type 2 diabetes and matched them with more than 1.3 million controls. They considered the impact of five risk factors: elevated glycated haemoglobin level, elevated low-density lipoprotein cholesterol level, albuminuria, elevated blood pressure and smoking.

After a median follow up of 5.7 years, the researchers found that patients with all five risk factors within target ranges had little or no excess risk of death from any cause, acute myocardial infarction or stroke, compared with controls.

Professor Merlin Thomas of Monash University’s Department of Diabetes, Melbourne, said the findings were not new but were ‘good news for people with type 2 diabetes’.

‘We call this “metabolic karma”,’ Professor Thomas told Medicine Today. ‘[A person’s] actions and intentions towards their metabolism have long-term consequences. Those with diabetes who can control their risk factors can have very good health as a result, while those who lose control are more likely to experience poor health as a result of this bad (metabolic) karma.’

He said the paper reinforced the use of aggressive, multifactorial management in diabetes, and the importance of prioritising the prevention of complications.

‘The end game is getting rid of complications,’ Professor Thomas said.

He said the findings were in accord with Australian treatment guidelines, and the approach taken in the upcoming joint consensus statement from the American Diabetes Association and the European Association for the Study of Diabetes (EASD). The statement, to be released at the EASD annual meeting in October, recommends a focus on reducing CVD risk and other complications.

Despite the generally positive effects of risk factor control, the study also found that the risk of hospitalisation for heart failure remained elevated in people with diabetes, compared with controls, regardless of their risk factor profile (hazard ratio, 1.45).

Professor Thomas said a different approach was still needed for heart failure. ‘New therapies are currently being trialled in that area and there is some high expectation that sodium glucose co-transporter 2 (SGLT2) inhibitors, in particular, will be able to significantly cut into that risk of hospitalisation for heart failure.’
N Engl J Med 2018; 379: 633-644.