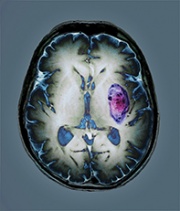 Does lipid-lowering reduce stroke risk in the elderly?

By Bianca Nogrady
A population­-based cohort study has found a significant decrease in the incidence of stroke among elderly people taking cholesterol-­lowering medication.

The nine­-year French observational study of 7484 men and women, with a mean age of 73.9 years and no history of vascular events, showed participants taking any lipid­ lowering drug had a 34% lower risk of stroke compared with nonusers.

The reduction in risk of stroke was similar for fibrates and statins, according to the study reported in the BMJ.

However, the study found no association between lipid­ lowering drug use and reductions in the risk of coronary heart disease, even after accounting for age, sex, body mass index, hypertension, systolic blood pressure and other factors.

Commenting on the study, Professor Mark Nelson said that although the finding was interesting, the lack of effect of lipid lowering on coronary artery disease suggested the outcomes were compromised by treatment allocation bias.

‘If you have a primary prevention group and do not see any coronary artery disease events then it means that the high-­risk individuals have probably been given the statin,’ said Professor Nelson, Professor of General Practice at the University of Tasmania and the Menzies Institute for Medical Research, Hobart.

‘Those who are at higher risk have been given the statin appropriately, and it has reduced their event rate to that of the people who are not getting it,’ he told Medicine Today.

Professor Nelson pointed out that the two arms of the study were quite heterogeneous, which might have meant that the group receiving statins was also at lower risk of stroke.

‘It is interesting that they found that effect, but it is an association, not cause and effect,’ Professor Nelson said.

‘It makes it more important that we undertake research such as the STAREE (STAtin therapy for Reducing Events in the Elderly) study, which we are just starting.’

In an accompanying editorial, neurologist Professor Graeme Hankey from the University of Western Australia wrote that the results were sufficiently compell­ing to justify further research into the hypothesis that lipid lowering may reduce the risk of stroke in the elderly.