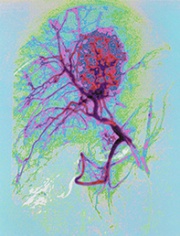 By Jane Lewis
A less than ideal picture of liver cancer trends in Australia has been revealed in the results of the Global Burden of Disease 2015 study on primary liver cancer, published in JAMA Oncology.

The study, carried out by the Global Burden of Disease Liver Cancer Collabora­tion, reports on primary liver cancer incidence, mortality and disability adjusted life years (DALYs) in 195 countries or territories of the world from 1990 to 2015 – a period when liver cancer was among the leading causes of cancer deaths worldwide.

Cases of incident liver cancer increased by 75% between 1990 and 2015. However, analysis showed that if the demographic profile and population size had remained the same over that period, cases due to HBV would have decreased due to primary liver cancer prevention through HBV vaccination. Conversely, cases caused by alcohol and HCV would have increased because of a rise in age-specific rates, leading the authors to suggest that healthcare systems need to invest in prevention at the same time as plan for an increasing number of cases.

In Australia and other high sociodemographic index countries such as Canada and the USA, the pattern of change for the age-standardised incidence rate between 1990 to 2015 shows an increase of more than 100%. High sociodemographic index countries, including Australia, also stand out with a greater than 20% increase in liver cancer age­-standardised mortality rate in the same time period.

‘The major causes for liver cancer are highly preventable or treatable,’ asserted the authors, adding that ‘concerted prevention efforts will be required to achieve a sustained reduction in liver cancer.’

According to Associate Professor Strasser, GPs have a critical role in identifying people at risk of liver disease, as well as in initiating treatments to reduce the risk, such as antiviral treat­ment for HCV and HBV, alcohol reduction interventions and lifestyle modification.

‘GPs need to identify patients with advanced liver disease who are at risk of liver cancer, so a routine surveillance program with six­-monthly ultrasounds can be initiated,’ she advised.
JAMA Oncol 2017; doi:10.1001/jamaoncol.2017.3055.