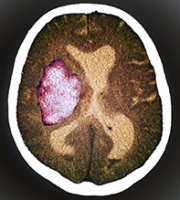 Preponderance of haemorrhagic stroke in young users of methamphetamine

By Nicole MacKee
Young adults using illicit methamphetamine are at a substantially increased risk of haemorrhagic stroke, say Australian researchers who have warned that poor outcomes and death after stroke are also common in this group.

In a literature review in the Journal of Neurology, Neurosurgery and Psychiatry, researchers from the University of NSW’s National Drug and Alcohol Research Centre (NDARC) examined evidence from a series of sources, includ­ing case reports, coronial series and population studies. They identified 77 articles on methamphetamine-related stroke in adults aged up to 45 years, and found 81 cases of haemorrhagic stroke and 17 cases of ischaemic stroke.

The researchers reported that the preponderance of haemor­rhagic stroke was particularly raised in young (16 to 45 years) methamphetamine users, who had an increased risk up to five times that of the same­-aged general population.

Lead author Dr Julia Lappin, senior lecturer at NDARC, said that although methampheta­mine use was known to increase stroke risk, the specific link to haemorrhagic stroke had not been previously explored.

Dr Lappin said a striking feature of the study was the incidence of death and disability among this relatively young cohort.

‘It would be devastating for anybody to have a haemorrhagic stroke, but in a 20-year-old, a 30-year-old or a 40­-year-old, all the more so.’

The mechanisms for the association with both haemorrhagic and ischaemic stroke included hypertension, vasculitis and direct vascular toxicity. For ischaemic stroke, vasospasm may also be the cause, Dr Lappin said.

She said it was important for doctors to consider stroke in young patients presenting with early warning signs.

‘If a young person comes to you saying they have maybe early signs of stroke like tingling, fits, headache, those could herald the onset of a severe, catastrophic event for that young person and we need to be vigilant for methamphetamine use,’ Dr Lappin said.

She said it was also crucial to raise awareness of the stroke risks and early warning signs among methamphetamine users, who often delayed seeking medical care until they were in crisis.
J Neurol Neurosurg Psychiatry 2017; 0:1–13; doi:10.1136/jnnp-2017-316071.