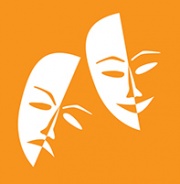 Happiness has no effect on mortality, study finds

By Jane Lewis
Happiness and unhappiness have no direct effect on mortality, a large study published online in The Lancet has concluded.

The research follows previous reports that happiness and related measures of wellbeing are associated with reduced mortality, which the authors of the current study suggest may have been confused by reverse causality or confounding by lifestyle and sociodemographic factors.

‘We did this study because we wanted to examine the long held belief that being happier makes you live longer,’ lead author Associate Professor Bette Liu, a medically trained epidemiologist at UNSW, Sydney, told Medicine Today.

Using data from the Million Women Study, a prospective study of UK women followed to investigate cause-specific mortality, Professor Liu and her colleagues analysed responses to a questionnaire item asking women (median age 59 years) to rate their health, happiness, stress and feelings of control, and whether they felt relaxed. Of 719,671 women questioned, 39% reported being ‘happy most of the time,’ 44% ‘usually happy,’ and 17% ‘unhappy.’

During a follow-up period of 10 years, 4% of participants died. Adjusting only for age, unhappiness appeared to be associated with increased mortality. However, after adjusting for self-rated health, unhappiness was no longer significantly associated with all-cause mortality. After simultaneous adjustment for a range of sociodemographic and lifestyle factors (including smoking, deprivation and body mass index), as well as indices of health (including treatment for hypertension, diabetes, asthma, arthritis, depression or anxiety), the association disappeared altogether, the authors reported.

‘Poor health can cause unhappiness and poor health increases mortality, so unhappiness is associated with increased mortality,’ they stated. ‘Additionally, unhappiness might correlate with some adverse lifestyle choices. After allowance for these associations our large prospective study shows no robust evidence that happiness itself reduces cardiac, cancer, or overall mortality.’

Associate Professor Liu said she believes the findings reinforce that clinicians ‘need to focus on the things we know improve health,’ such as helping people to give up smoking. ‘This will improve their health and, as a result, probably also increase their happiness,’ she commented.

The authors of an accompanying comment described the study as providing ‘extremely valuable and robust information about happiness, health, and mortality.’ More research is needed, they wrote, particularly randomised controlled trials focusing on medical outcomes other than mortality, and powered to allow comparisons across age ranges and sexes.