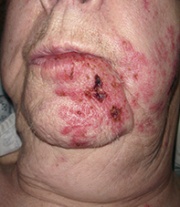 By Jane Lewis
Herpes zoster infection is associated with transiently increased rates of stroke and myocardial infarction (MI), particularly in the first week following diagnosis, and vaccination does not appear to modify this association, suggests new research published online in PLOS Medicine.

According to the researchers, the study is the first to use the self-controlled case series method, rather than cohort designs (which are limited by the potential for confounding because they compare outcomes between individuals, rather than within individuals).

Speaking to Medicine Today, Professor Dominic Dwyer, medical virologist at Westmead Hospital, Sydney, said the study confirms the increased risk of cerebral and cardiac disease in the immediate aftermath of shingles, in addition to the pain and discomfort of the acute dermatomal rash.

Multiple biological mechanisms are likely to be involved in the increased risk of acute cardiovascular events following zoster, the researchers suggested, adding that the association observed between zoster and MI is ‘suggestive of a systemic association rather than one localized to the brain.’

‘Our findings provide useful information that may help to prevent acute cardiovascular events in older people,’ they concluded.

‘Herpes zoster infection is a common and unpleasant illness, with a range of complications,’ commented Professor Dwyer. ‘Use of the zoster vaccine in older adults decreases the likelihood of developing shingles, and, should shingles develop, antiviral drugs given within the first 72 hours can reduce the severity of pain as well as the likelihood of postherpetic neuralgia. However, whether these interventions reduce the association of MI and stroke after shingles remains to be determined.’