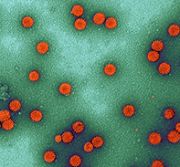 In their ongoing prospective longitudinal cohort study, researchers from the University of Adelaide recruited 1011 Aboriginal and/or Torres Strait Islander adults from across eight sites in South Australia between February 2018 and January 2019, with 12 months’ follow-up data reported to date. The study was developed in partnership with local Indigenous communities in South Australia and participants were primarily recruited through Aboriginal Community Controlled Health Organisations.

‘[Type] 16 has an almost 100 percent risk of getting cancer – so it’s important we understand how prevalent this disease is in Indigenous communities,’ she wrote.

Dean and Head of School at the University of Adelaide, and another study coauthor, Professor Richard Logan, added that, ‘Like all cancers, if [oropharyngeal cancer] can be detected early, it not only means less deaths, but also much improved quality of life for people who survive due to the need for less extensive surgery and other cancer treatment.’

‘The study will yield important information on the prevalence, incidence, clearance and persistence of oral HPV infection among Indigenous Australians, with baseline estimates indicating a prevalence far in excess of those reported in other population groups,’ the researchers concluded in their paper.
BMJ Open 2021; 11: e046928; doi: 10.1136/bmjopen-​2020-046928.