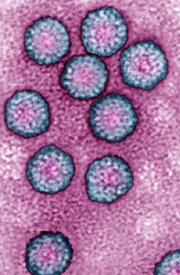 By Bianca Nogrady
Human papillomavirus (HPV) screening is more effective than cytology at detecting high-grade precancerous cervical lesions, even in a population partly vaccinated against the virus, new data suggest.

Just under one-quarter of the women enrolled in the study were younger than 33 years of age, and therefore eligible for the HPV vaccine under the current immunisation program.

The study found that significantly more high-risk cervical abnormalities were detected in the women screened using HPV testing, compared with those screened using the liquid-based cytology as the primary screen.

‘Compass is, to our knowledge, the first trial of cervical screening conducted in an HPV-vaccinated population and one of the first trials of HPV screening using a partial genotyping strategy in which women infected with the highest risk HPV infections (HPV16 and HPV18) are directly referred to colposcopy,’ the authors wrote.

‘We’re always building the evidence base, and this is just yet another plank supporting the move to primary HPV screen­ing, which is essentially a more sensitive measure of assessing a woman’s future risk of develop­ ing cervical cancer,’ Professor Canfell told Medicine Today.

‘It’s pertinent given that we’re now heading into the renewed cervical screening program which will be introducing HPV screening from December 1st.’