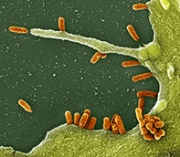 Professor James Ward, Director, UQ Poche Centre for Indigenous Health and Professor, School of Public Health, University of Queensland, said given that the severity of COVID­-19 outcomes were exponentially increased for people with comorbidities and other infectious diseases such as influenza, it was ‘extremely important’ that significant resources be dedicated to improving influenza vaccine uptake among Indigenous Australians.

Professor Ward was commenting on research published in the Australian and New Zealand Journal of Public Health that found that misconceptions about influenza vaccine and disease among Indigenous Australians, as well as inadequate identification of Aboriginality in general practice, were key barriers to vaccine uptake.

The researchers wrote that according to the most recent influenza vaccine coverage estimates, from 2013, 29% of Indigenous Australians aged 18 to 49 years and 51% of those aged 50 to 64 years had been vaccinated.

The researchers reported that 30% of 273 survey respondents were unaware of their eligibility for free influenza vaccination under the National Immunisation Program.

More than half of respondents (52%) believed that the vaccination could cause influenza, with 40% stating that there were ‘better ways than vaccination for avoiding infection’.

Almost one in three respondents (30%) said they would not have the influenza vaccine if it was offered to them.

Professor Ward said influenza vaccination rates among Indigenous Australians had not shifted in the past decade. He said in the context of the COVID­-19 pandemic, low vaccination uptake, particularly in those aged under 50 years, remained a significant concern. He did note, however, that in people aged 75 years and older, influenza vaccine rates were higher in Indigenous than in non­-Indigenous peoples.

‘It is clear that multilevel interventions are required that deliver strategies, including education, to communities and healthcare providers, in ways that are appropriate, in Indigenous languages, and, where possible, in pictorial formats and that these need to be widely distributed,’ Professor Ward said.