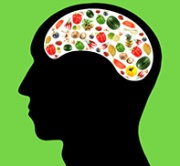 By Bianca Nogrady
Vegetarians may have a significantly lower risk of ischaemic heart disease, but this comes at the cost of a higher risk of haemorrhagic stroke, a UK study has found.

Writing in the BMJ, researchers presented an analysis of data from 48,188 participants – including 16,254 vegetarians and vegans, 7506 pescetarians and 24,428 meat-eaters – in the European Prospective Investigation into Cancer (EPIC)-Oxford cohort study, who were followed for about 18 years.

Pescetarians – who ate seafood but not meat – had a 13% lower rate of ischaemic heart disease but no significant increases in stroke rates.

The researchers suggested that some factors associated with animal meat consumption could be protective against stroke.

Commenting on the findings, Professor Clare Collins, Professor of Nutrition and Dietetics at the University of Newcastle, suggested food patterns in the vegetarian diet could play an important role in the increased risk of haemorrhagic stroke.

‘When you look at the high salt and low fibre intakes of the vegetarians, it shows the levels were not different from the meat or fish eaters,’ Professor Collins told Medicine Today. ‘It suggests that if you are a vegetarian, you may need to take extra care to ensure you are following a very healthy vegetarian pattern and not just dropping out the meat, or relying on highly processed foods.’

Although the association between vegetarian diet and lower ischaemic heart disease was known, Professor Collins said the stroke data were relatively new findings.

‘Whether it is true remains to be proven but this study is enough to suggest that it should be looked at more in other cohorts. Meanwhile, encourage those who are vegetarian to eat as healthily as possible.’
BMJ 2019; 366: l4897.