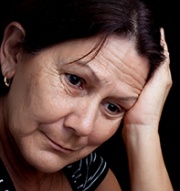 By Jane Lewis
A longitudinal study spanning 60 years has shown that the link between depression and increased mortality persists over long periods of time, and has emerged among women in recent decades.

Professor Philip Mitchell, consultant psychiatrist at the Black Dog Institute, and Head of the School of Psychiatry at the University of New South Wales, Sydney, told Medicine Today the study comprises one of the few studies on the long-term effects of depression on mortality, and had a number of important findings.

To investigate the duration of time over which depression is associated with increased risk of mortality, as well as sex differences and secular trends, the Canadian study, published in the Canadian Medical Association Journal, examined 3410 adults from three cohorts at three different time periods (1952 to 1967, 1968 to 1990 and 1991 to 2011), and obtained mortality figures from a national database. Depression measured at any point in time during the study was found to confer an elevated risk of mortality. The elevated risk associated with a depressive episode was shown to decay slowly over time, except in the case of a recurrent depressive episode, when the risk remained elevated, the study authors reported.

According to Professor Mitchell, the fall in excess mortality rates found in males over each successive cohort could perhaps be due to ‘improved treatment of depression, or improved physical health in those with depression,’ whereas the fact that women only showed excess mortality in more recent years may ‘suggest some significant change over the latter years of the study, perhaps reflecting changes in the roles of women in society over that time.’

‘This study highlights the increased mortality associated with depression due to increased rates of severe physical illness as well as suicide, and confirms the need for clinicians to seriously address the physical health and lifestyle of patients with depression,’ he advised.
CMAJ 2017; doi: 10.1503/cmaj.170125.