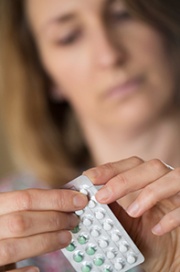 By Bianca Nogrady
There is a dose-dependent association between the duration of menopausal hormone therapy (MHT) and increased risk of breast cancer, according to a meta-analysis published in The Lancet.

Researchers undertook an individual-level meta-analysis using data from 58 studies – 24 prospective and 34 retrospective – involving 143,887 postmenopausal women with invasive breast cancer and 424,972 without breast cancer. They found that every type of MHT, except vaginal oestrogens, was associated with an increased risk of breast cancer.

For example, current users of oestrogen-progestogen combinations had a 60% higher risk even during years one to four of treatment, whereas those on oestrogen-only preparations had a 17% higher risk. Women who had been using oestrogen-progestogen combinations for five to 14 years had a twofold higher risk of breast cancer, whereas those on oestrogen-only preparations for five to 14 years had a 33% higher risk. The increased breast cancer risk associated with five or more years of MHT use persisted for more than a decade after women stopped taking the medication.

Commenting on the study, Associate Professor Roger Milne, Head of Cancer Epidemiology at Cancer Council Victoria, said it added important clarification on the impact of different formulations of MHT on breast cancer risk.

‘The associated risks appear to be higher than we first thought, they last for longer and there’s a strong dose-response, so that the longer you use MHT, the higher the risk,’ Associate Professor Milne told Medicine Today.

Associate Professor Milne supported a call for national clinical guidelines around menopause management, particularly for women who might be at higher risk of breast cancer because of family history or genetic risk factors. In the meantime, he suggested, if MHT was needed, that it be taken for shortest duration possible and its use reviewed often.

The author of an accompanying editorial placed an emphasis on oestrogen-only preparations being taken ideally for no more than five years.