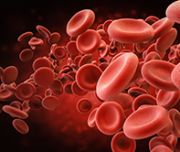 By Nicole MacKee
More than two in three people with atrial fibrillation (AF) who take oral anticoagulant therapy underestimate their bleeding risk, researchers report in the Journal of the American Heart Association.

The US researchers analysed data from the SAGE­-AF (Systematic Assessment of Geriatric Elements in Atrial Fibrillation) study, which included participants aged 65 years and older with AF and a CHA2DS2-VASc score of two or more and who were on oral anticoagulant therapy. Among more than 750 participants included in the analysis, 68% underestimated their bleeding risk.

Associate Professor John Amerena, consultant cardiologist at University Hospital Geelong, Victoria, said the findings were not surprising, adding that it was likely that a similar proportion of clinicians also underestimated their patients’ bleeding risk.

He said the HAS-­BLED bleeding risk score was simple to use, but many clinicians calculated only the CHA2DS2­-VASc score.

‘We should be more systematically evaluating the bleeding risk with our patients on anticoagulation and trying to address any modifiable factors that will reduce bleeding risk,’ he said. ‘If patients are taking aspirin or other anti­-inflammatories for no good reason, this should be stopped, and efforts to control blood pressure and lower alcohol intake can all reduce the chance of bleeding but allow the benefits of anticoagulation to continue.’

Professor Amerena said it was important to accurately assess bleeding risk because this could also influence patients’ therapeutic decisions.

‘If people overestimate their bleeding risk, they may be less inclined to take oral anticoagulants,’ Professor Amerena said. ‘If they underestimate their risk, it may not influence their decision greatly to go onto anticoagulants or not, but it’s a factor to take into account. The older a patient is, the more risk of bleeding, and the doctor has to explain the pros and cons of going on anticoagulant therapy.’

The US researchers found that people with a history of bleeding or with previously diagnosed hypertension, stroke and renal disease were more likely to underestimate their bleeding risk, whereas women and non­-white participants (including Asian or Pacific Islander, Black, Native American or Hispanic people) were less likely to underestimate their bleeding risk.

Professor Amerena said this finding seemed to be counter­ intuitive. ‘You would think the people who had already had a bleeding event or a stroke would tend to overestimate, rather than underestimate, their bleeding risk,’ he said, noting that this was difficult to explain.
J Am Heart Assoc 2021; 10:e019979.