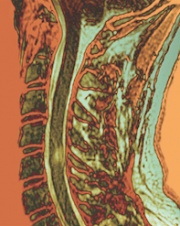 A cross-­sectional Swedish study of 728 individuals with relapsing–remitting MS who smoked at diagnosis showed that those who continued to smoke had a significantly accelerated time to secondary progression compared with those who quit following diagnosis. Overall, the median age for secondary progression was 56 years for those who quit smoking and 48 years for those who continued to smoke, according to the study findings published online in JAMA Neurology.

‘To our knowledge, this study is the first that establishes that smoking after disease diagnosis is associated with a decreased time to SP [secondary progressive] disease, by approximately 4.7% per year of additional smoking,’ the authors wrote.

‘Smoking is the only risk factor for MS to date shown to be associated with disease outcome – none of the more than 150 genetic risk factors have so far been shown to be markers of severity.’

Smokers were defined as individuals who smoked at least one cigarette a day. Of the 728 smokers at diagnosis, 332 continued smoking, 118 quit and 278 continued to smoke intermittently.

Dr Lisa Melton, Research Development Manager for MS Research Australia said earlier studies, including some from Australia, had shown that smokers with MS have a worse disease prognosis and worse disability outcomes but this was the first study to look at the impact of quitting.

‘It’s really strong evidence; the authors are arguing that that’s enough evidence to confidently advise people with MS that they will benefit from stopping smoking after they’ve been diagnosed,’ Dr Melton told Medicine Today.

While the exact mechanism by which smoking influences MS is not yet known, Dr Melton said smoking was known to have an effect on the immune system but is also associated with a host of other potential comorbidities including cardiovascular disease.

‘There are other studies that show that people who have higher levels of comorbidities as well as their MS actually do worse,’ she said. ‘More research is needed to fully understand exactly what it is doing but it’s enough to know that quitting smoking is a good idea.’