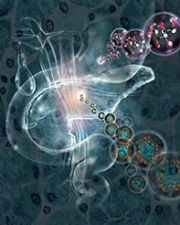 Remission achievable in one in 20 people with type 2 diabetes

By Dr Emily Lathlean MB BS, FRACGP
About one in 20 people with type 2 diabetes achieve remission from the disease, according to a large Scottish cross-sectional study published in PLoS Medicine.

Participants were identified from The Scottish Care Information-Diabetes registry, which contains demographic and clinical data for over 99.5% of people with diabetes in Scotland.

The study authors noted that data about remission rates for type 2 diabetes in the general population had been lacking before their study, an observation shared by Professor Jonathan Shaw, Deputy Director (Clinical and Population Health) of the Baker Institute in Melbourne.

The use of a limited subset of possible definitions of remission of type 2 diabetes, missing data and the inability to identify self-funded bariatric surgery were identified by the authors as limitations of the study.

‘Overall, the study was well conducted,’ Professor Shaw told Medicine Today, ‘However, it is worth noting that 75% of those who were in remission had an HbA1c at diagnosis of less than 7.0%...and 75% never received a glucose-lowering drug at anytime. This means that achieving an HbA1c of less than 6.5% may not have been such a challenge for some people, as they didn’t have all that far to go, or only needed to maintain the HbA1c level at diagnosis.’

The authors envisaged that their findings would help to create a baseline from which to evaluate the impact of future initiatives to support remission of type 2 diabetes.

Professor Shaw said that the study’s findings would help to focus care on remission, an outcome that is both ‘achievable and important’, but that further research was required to better understand its long-term implications.
PLoS Med 2021;18(11): e1003828. https://doi.org/10.1371/journal.pmed.1003828.