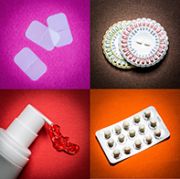 By Melanie Hinze
A large observational study has found no overall increased risk of developing dementia with the use of menopausal hormone therapy (MHT).

Published in the British Medical Journal, the study included 118,501 women, aged 55 years or older, who had a primary diagnosis of dementia between 1998 and 2020 (cases) and 497,416 age-, general practice- and index date-matched controls. Participant data were sourced from two large UK general practice databases.

After adjustments for potential confounding factors, the study authors found no overall increased risk of developing dementia with MHT use. In total, 14% of women with a diagnosis of dementia and 14% of controls had used MHT more than three years before the index date.

Women younger than 80 years who had been taking oestrogen-only therapy for 10 years or more had a decreased global risk of dementia, whereas those who had used oestrogen–progestogen therapy for five to nine years or 10 years or more had an increased risk of developing Alzheimer’s disease. This risk was equivalent to five and seven extra cases per 10,000 women years, respectively.

Professor Jayashri Kulkarni, Director of the Monash Alfred Psychiatry research centre (MAPrc) and Head of the Central Clinical School’s Department of Psychiatry, Melbourne, said, ‘This is a methodologically sound study, with a big sample size, appropriate statistics and it describes important findings.’

‘It should reassure clinicians and women about prescribing and taking [MHT], in view of the overall lack of association between [MHT] use and the development of dementia,’ she said.