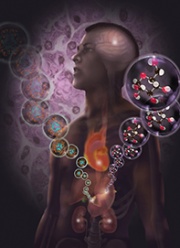 By Rebecca Jenkins
Younger, rather than older, age at type 2 diabetes diagnosis is associated with higher mortality and vascular disease risk, an Australian-led analysis of more than one million people suggests.

Age at diagnosis, adjusted for current age, was inversely associated with risk of all-cause death and vascular disease in the analysis of 26 studies investigating the effects of age at diabetes diagnosis on mortality and subsequent complications in 1,325,493 people with type 2 diabetes from Europe, North America and the Asia Pacific.

‘Thus, achieving good blood sugar and risk factor control (such as healthy weight and normal blood pressure) is of particular importance across their lifespan,’ she said.

Rates of type 2 diabetes have increased in all age groups and virtually all countries over the past three decades, Dr Nanayakkara told Medicine Today, with a particularly worrying trend of increased rates in people aged 20 to 44 years.
Diabetologia 2021; 64: 275-287.