An enlarging lesion on the neck 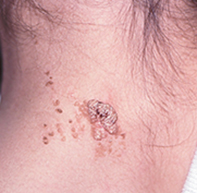 Figure 1. The lesion occurring on the patient’s neck, which has recently enlarged and become more prominent. 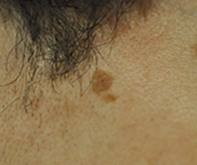 Figure 3. A typical seborrhoeic keratosis in a woman aged in her 60s.

A 13-year-old boy presented with a raised, hyperkeratotic, warty lesion on his neck (Figure 1). His parents said it had been there since his first year of life but had recently enlarged and become more prominent. The patient’s voice broke recently. The lesion is not symptomatic but it often gets caught on his collar.

The correct diagnosis in this case is a verrucous epidermal naevus, a birthmark that occurs mainly on the trunk and limbs. These lesions may be congenital but in over half of cases the onset is in the first year after birth. They may spread beyond their original size with age, usually over a few months but sometimes several years. It is not unusual for them to become more raised and ‘warty’ at puberty.

The colour of verrucous epidermal naevi ranges from flesh-coloured to brown and black. They may occur as single or multiple grouped lesions and can have a linear or whorled distribution. On the chest there is often a dramatic cut-off at the midline.

Although verrucous epidermal naevi resemble common viral warts (hence the name verrucous) and seborrhoeic ­keratoses, they have little in common with these lesions.

The cause of verrucous epidermal naevi is unknown, but they are believed to arise from a post-zygotic mutation resulting in epidermal mosaicism.

The lesions are harmless and have no potential for malignant transformation and, particularly when localised, are rarely associated with any other abnormalities. They can easily be differentiated from a viral wart on histopathology, but they may be confused with a seborrhoeic keratosis unless the pathologist is aware of the age of the patient.

Treatment is often requested for verrucous epidermal naevi for cosmetic or functional reasons. Although there are superficial ablative procedures such as laser ablation that are effective, these lesions will often recur afterwards. Naevi that have any protruding areas or are interfering with function need complete excision to avoid recurrence.