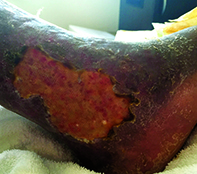 Figure 1a. Case patient: the ulceration on the lower leg at presentation. 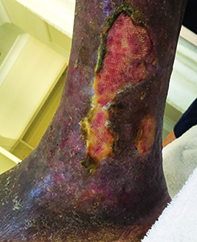 Figure 1b. Case patient: the ulceration on the lower leg at presentation. 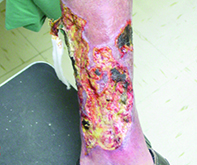 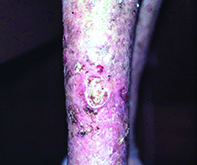 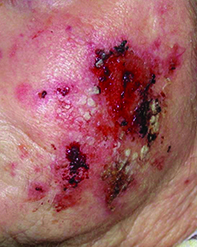 Figure 6a. Case patient: the leg ulceration after treatment with topical timolol. 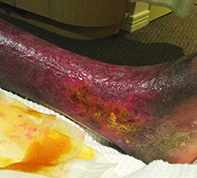 Figure 6b. Case patient: the leg ulceration after treatment with topical timolol.

An 82-year-old man presents with persistent shallow ulceration of his lower right leg that has been present for three years (Figures 1a and b). It is moderately painful and has been recurrently infected. He has been treated with ulcer dressings and antibiotics with bed rest without improvement; skin grafting carried out a year ago also failed. The surrounding skin is dry, scaly and pigmented.

The patient is otherwise in good health. His pedal pulses are palpable. Diabetes has been ruled out and his skin sensation is normal.

The first step in management of a painful venous ulcer is culture to rule out secondary infection. For the patient described above, whose ulcer was painful, swabs revealed Staphylococcus aureus and he was admitted to hospital for bed rest with leg elevation, analgesia, antibiotics, dressings and compression stockings. Skin care with moisturisers, a moderate potency topical corticosteroid and emollient was commenced.

Venous ulcers are often very persistent and many treatments may be attempted, such as compression therapy, hydrocolloid dressings and skin grafting. Care of surrounding skin is important to prevent dermatitis and reduce the risk of superinfection. In this patient’s case, all of these treatments had failed.

Recently, anecdotal success for treating venous ulcer has been reported using topical timolol in the ophthalmic 0.5% gel that is commercially available.3,4 As this patient’s ulcer had been resistant to all previous treatments, a trial of timolol 0.5% gel was commenced while he was in hospital, with gel administered at 1 cm intervals around the edge of the ulcers. This is off-label use of timolol but was considered to be low risk. The ulceration responded rapidly to the treatment, with healing within six weeks (Figures 6a and b).

The patient was discharged with continuation of skin care, compression stockings and timolol gel, which he was advised to apply immediately to any new areas of ulceration. He was admitted for a short period a year later, with new venous ulceration after ceasing timolol treatment. This responded rapidly to re-treatment. The patient remains well and has begun planning an overseas trip.

The use of topical timolol for venous leg ulcers is currently being investigated in a clinical trial (https://clinicaltrials.gov/ct2/show/NCT02422017). At the time of writing, it is not standard of care. A trial of topical timolol was commenced for the patient described above because standard treatment had failed; however, it may not be effective in every case. The risk of treatment with topical timolol is low and limited to local irritation. It does not have to be administered in a hospital environment.